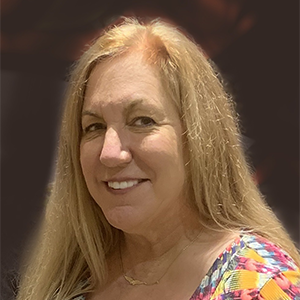 With more than 20 years in sales and service, marketing, program management and analysis, Ann brings a wealth of experience to her role as conference coordinator. Ann plans for and provides support at FirstWatch conferences and events, along with offering sales support and administration. She says she enjoys being part of a cohesive team, helping people, sharing her knowledge and learning from others.

Ann studied political science at the University of California San Diego before marrying her Navy pilot husband and embarking on a series of career adventures, including Collins Aerospace, Qualcomm, and TriTech, where she grew accustomed to wearing many hats. Moving with her husband and traveling for work, Ann has flown over two million miles–and was once called upon to act as a flight attendant on a last minute trip to Europe!