The Eastern DRC Outbreak of Ebola began in August of 2018. Just over a year later, cases continue to be identified but the rate of new cases appear to have slowed in September. These cases occurred in nine (9) health zones within three (3) provinces in the DRC (Democratic Republic of the Congo).  An ongoing concern, in some of these areas, is centered on threatened security and security incidents that have caused stoppages or delays in being able to provide an Ebola response. Actual and/or threatened vandalism has been directed at infrastructure such as Ebola Treatment Centers and other medical facilities, equipment and supply caches.  There has also been threatened and actual violence towards Ebola response workers or community leaders assisting the government or other assisting agencies in the Ebola fight.  This violence has resulted in deaths and serious injuries throughout this outbreak, so control must be regained during/after each event so that response activities can continue.  These activities include vaccinations, case reporting, testing to confirm or exclude EVD, contact investigation & follow-up, and safe & dignified burials. These procedures are essential to containment and final control of the Ebola virus.  The WHO, DRC Government & Health Officials, as well as MSF, all stress how important it is to continue community outreach and education, both in areas where the disease has caused or is still causing cases, and in high risk areas for both disease and/or security risk, where EVD could spread.

There are ongoing activities in the identified at-risk first tier countries to vaccinate and train health care and other EVD response workers, have border EVD checkpoints at both official and unofficial entry points, as well as at points of travel such as sea/waterway ports and airports, outreach to educate and support the communities at risk, etc.  In fact, the infrastructure and trained personnel have prevented the spread into all the riskiest countries except Uganda, which was able to identify and control their outbreak quickly with only 4 imported cases. Some activities are also occurring in the identified second tier countries but there is not enough money to complete adequate preparation in these countries.  Spread of Ebola into other countries in the region, especially to those areas that have ready access to travel with seaports or airports, increases the risk that EVD will appear in another country in Africa outside the current region, or onto another continent.  This is the reason that the WHO decided on July 17, that this outbreak had become a Public Health Emergency of International Concern (PHEIC), when Ebola moved into a large city with an international airport.

Per the WHO Regional Office for Africa’s External Situation Report 60, two countries have had confirmed cases of Ebola, the DRC and Uganda, although Uganda’s cases were imported from the DRC and were limited to a total of four (4) cases, three (3) confirmed and one probable, with four (4) deaths, three (3) of which were confirmed, leaving the other probable.  The rest of the cases have been in the DRC, which had a total of 3,168 EVD cases (3,057 confirmed & 111 probable) with 2,118 deaths (2,007 confirmed and 111 probable).  For those EVD cases that have age and gender recorded, 56% (1772) have been female, 28% (900) have been less than 18 years old, and 5% (160) have been health care workers.  There is an overall case mortality of 67%. Health care workers still continue to contract Ebola during the patient care in spite of efforts to prevent it. 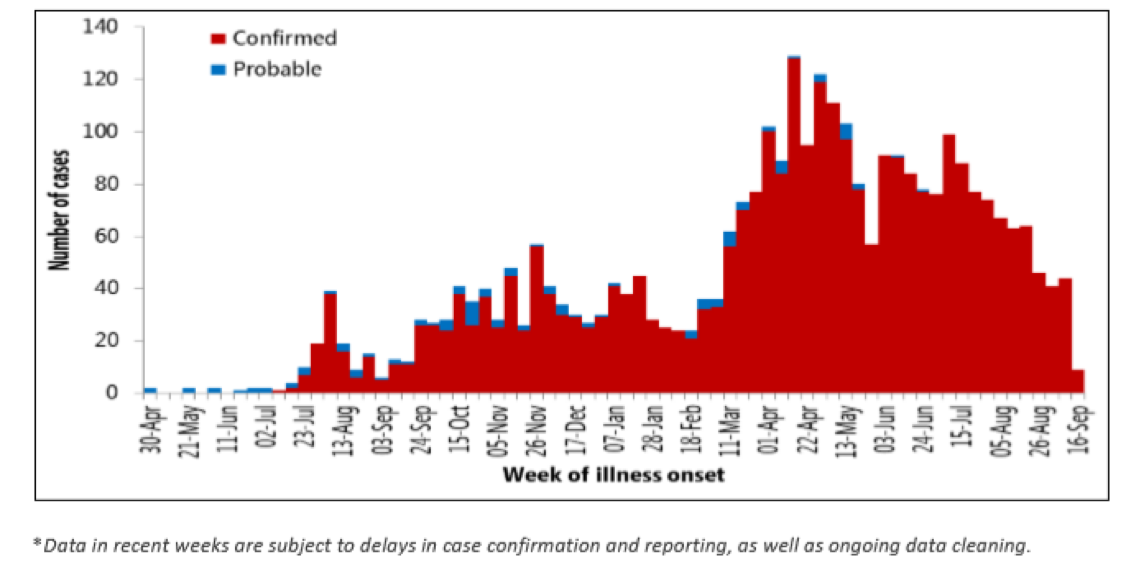 Chart copied from the WHO Regional Office for Africa’s: External Situation Report 60, Ebola Virus Disease for the Democratic Republic of the Congo (DRC), Issue Date of 9-24-19; Data Reported as of 9-22-19. Downloaded 9-25-19.

WHO Regional Office for Africa Situational Update 60 9-24-19 (data as of 9-22-19):
https://www.afro.who.int/health-topics/ebola-virus-disease
(click on the desired Situational Update Date in the supplied list; most recent report is first in the list)

WHO Investigating Rumors of Unreported Fevers in Tanzania:
https://www.who.int/csr/don/21-september-2019-undiag-febrile-illness-tanzania/en/

As the 2020/21 Flu Season approaches, COVID-19 is still circulating in most states throughout the U.S. with many states again... read more

For those who have seen the tragedy of first responder suicide up close, or heard about it, they know that... read more

UPDATE: Health departments in Iowa and Nebraska today announced that the source of Cyclospora infections in the two states is... read more 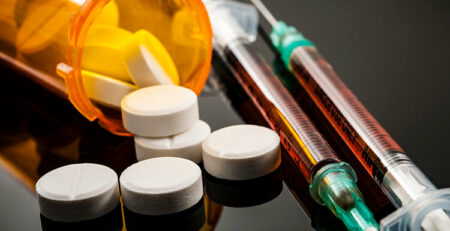 This is a collection of resources, developed by experts and stakeholder groups, to help identify, mitigate, and manage the risk... read more

With COVID levels at record highs it’s time to double down on protecting yourself, those you are responsible for and/or... read more

Since the onset of the disease that would be named COVID-19, there have been questions about how it's transmitted &... read more