On 6/1/20, the WHO announced a new outbreak of Ebola in the Northwestern part of the Democratic Republic of the Congo (DRC), the same area that had a short outbreak in May 2018.  WHO Responders & partners are already there and have done sampling & testing; more responders and supplies are on their way, including vaccine.  In this new outbreak, there are 9 cases, 5 of which have been fatal, and one healthcare workers infected.  This outbreak is worrisome because of its proximity to a river used often for transport to other areas, including the country’s capital Kinshasa and neighboring countries.

The outbreak that has been occurring in the Eastern part of the DRC since August 1, 2018, is in a final countdown (hopefully).  If there are no more cases in that area, as of June 25, that outbreak (#10) will be considered over. 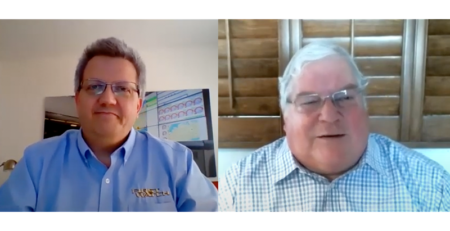 Executive Summary: Although most eyes are laser-focused on the 2019-nCoV, Flu activity remains a far greater threat to North America... read more

Download PDF The Beijing Center for disease control announced yesterday they had found an additional case of H7N9 in a... read more JEMS Article – The Public Health Perspective on Data and EMS