Measles Cases Continue to Escalate throughout 15 States in the U. S.

Measles Cases Continue to Escalate throughout 15 States in the U. S.

According to the CDC, in the nearly 11 weeks from Jan 1st until Mar 14, 2019, there have been 268 confirmed cases of measles throughout 15 states (compared to 127 cases in 10 states a month ago).
However, since then, individual counties have posted an increase in cases as of March 19, so the number is actually a little higher now.   It is not considered an outbreak until there are three or more cases in an area; less than that and they are considered individual cases.  There are currently six (6) outbreaks of Measles located in six (6) states, including multiple areas of New York State (Rockland County, Monroe Country and New York City; two areas of Washington State (Vancouver area, Clark, and King County); Oregon State (Multnomah County), which is associated with Washington’s outbreak with its own four cases, as well as three not associated with the outbreak, and several counties in Texas (Harris, Bell, Denton, Galveston, and Montgomery Counties).  Two more states now have outbreaks, namely Illinois (specific area(s) not identified) and California (in the general San Mateo area).  There are also other states reporting confirmed cases that number less than 3 in an area, so are not considered part of an outbreak but an individual case(s).

Due to the infectiousness of measles (its ability to spread/transmit from person to person), more outbreaks may be identified by the CDC in the future.  The states that have reported outbreaks and/or individual measles cases, of as March 14, 2019, are Arizona, California, Colorado, Connecticut, Georgia, Illinois, Kentucky, Michigan, Missouri, New Hampshire, New Jersey, New York, Oregon, Texas, and Washington.    Clink on this link for specifics:  https://www.cdc.gov/measles/cases-outbreaks.html

Since 2000, Measles (Rubeola) has been considered eliminated in the United States, but sporadic cases have occurred, mostly as a result of imported (travel) cases with occasional spread to mostly unvaccinated or under-vaccinated individuals.  The largest number of cases was in 2014 with a total of 667 cases reported.  The next largest number was in 2018 with 372 cases and which may have cases still added to it, but 2019 appears to be off to a rapid start of cases with 268 cases already confirmed in just the first 2½ months.

See the article posted on this page under the heading of Outbreaks/Emerging Diseases for more specifics on the disease and implications and recommendations for First Responders.

Citation:  The above bar graph and information found between the quotation marks was copied directly from the CDC Website on Measles Outbreaks & Cases found @ https://www.cdc.gov/measles/cases-outbreaks.html from Content source: National Center for Immunization and Respiratory Diseases, Division of Viral Diseases and was last updated March 18, 2019.

SUSPECTED RICIN FOUND IN MAIL NEAR THE PENTAGON

IN THE NEWS There is a mail gathering & screening facility adjacent but separate from the Pentagon, used to screen... read more

The US DHS has released a Terrorism Advisory Bulletin to alert all people of a need to be aware... read more

1. A new area with local transmission by mosquitos has been identified in Miami, Florida for a portion of... read more

Since the onset of the disease that would be named COVID-19, there have been questions about how it's transmitted... read more

IN THE NEWS Ebola Outbreak June 15, 2018 The Democratic Republic of the Congo (DRC) and the WHO updated Ebola cases... read more

The new 2020 AHA (American Heart Association) and ILCOR (International Liaison Committee on Resuscitation) Guidelines have been released and... read more

Ebola – a Disaster in the Making

Download PDF  The CDC recently released a report stating that if there is no action on tackling the Ebola... read more 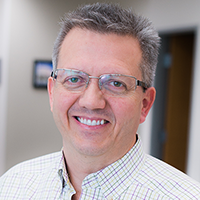 More Than a Pile of Data with Todd Stout